Posted on December 29, 2014 by dillonthedocentdog

Yep, the new year is just around the corner and once again the Mendocino Area Parks Association and State Parks are offering more hiking opportunities on January 1.

Here are all the details, these are really neat things to do and are all led by people who really know a lot and they are free! 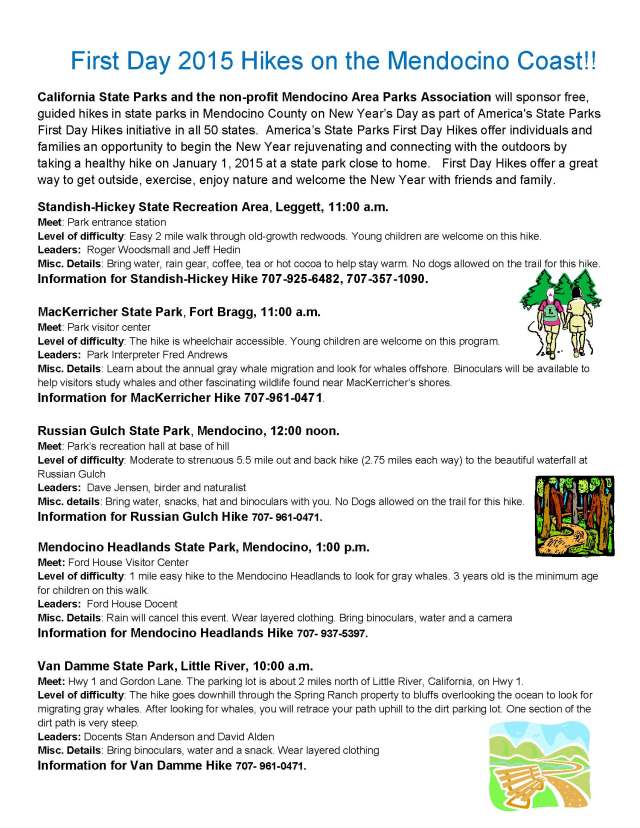 OK, guess that is all for now. Hope you are able to go on one of the hikes.

Great News on the Future of our Favorite Light Station – Point Cabrillo!

Posted on November 2, 2014 by dillonthedocentdog

Hi Everybody,Me Hard at Work at the East House

Great news! It has just been announced that not only will Point Cabrillo’s light stay shining but that it is going to be preserved as a Federal Aid to Navigation, whatever that is… (One benefit will be that it will continue to be maintained by the USCGA and the USCG).

This is such terrific news, I was so worried that maybe the light would be turned off and then what would all the whales do when they swam by, they would not know they were at Point Cabrillo, yikes! (never mind all the humans that will benefit from the light continuing to operate…).

Anyway, here is the information from our friend Tanya who is the president of the board at the light station:

As most of you know, in 2013 the Point Cabrillo Lighthouse was considered for discontinuance along with many other federal aids to navigation. As a result of an inquiry initiated by Congressman Jared Huffman’s office, the PCLK has received fantastic news. According to Chief of External Affairs Collin Bronson of United States Coast Guard District Eleven, the Point Cabrillo light was evaluated and in consultation with the local community and the unique demands of the area it was decided by USCG staff in District 11 that the Point Cabrillo Lighthouse would remain a federal aid to navigation with no further plans to remove or alter the light.

I find myself at a loss of words to sufficiently express my relief, joy and gratitude. To everyone who helped make this happen, be proud of what you helped accomplish. The Point Cabrillo Lighthouse has been in operation as a Federal Aid to Navigation since 1909 and because of you, it will continue to light the way home. 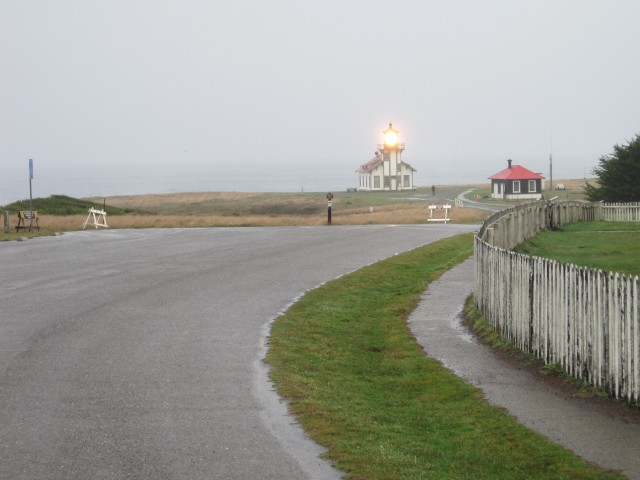 The light will continue to shine!

Thanks for reading my blog!

Posted on October 8, 2014 by dillonthedocentdog 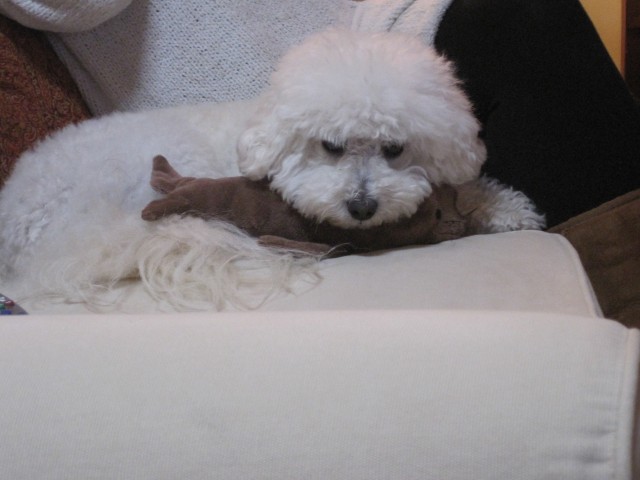 Cadet and i taking a nap….

The Abalone Festival and World Champion Cook-off is great fun with live entertainment, a lot of food and drinks and all sorts of fun stuff!  The best thing is that you can attend for free.

Not only that but this year farm raised Abalone will be available so everyone can have some (see flyer below for details). Dad gave me a little piece of Abalone once and I loved it even though I have no idea what it is… (Dillon is known to eat first and ask questions later).

OK, well I hope you can go, all the details are in the flyer below. The only bummer is that pets are not allowed, not even me. I said I would be good and stay on my leash if I could go but NOOOOOOO. Someday dogs will find equal treatment and respect in this world, just not now I guess.

Thanks for reading my blog, I have to go have dinner now.

PS, Dad said he will be at the Mendocino Area Parks Association booth so he hopes you will stop by and see him even though I will not be with him.

Wow, I almost Forgot to Tell Everyone about this great Concert at the Light Station!

Posted on October 7, 2014 by dillonthedocentdog

Another concert is being held at the light station this week and I almost forgot to tell you about it. Dad would say I am having a senior moment whatever that means.

Anyway here is information about the concert, you better hurry and buy tickets as these concerts seem to always sell out. Dad, mom and I have been to one and they are special. Just know that most dogs cannot attend, just me (Dillon wants us to never forget he is special however, he did leave before the concert actually began). You can buy tickets by calling 707-937-6123.

If you have not got your tickets yet better hurry, it is very special to see a concert at the light station and a great way to end the day after visiting the Abalone Festival in Fort Bragg!

Posted in Dillon the Docent Dog | Leave a comment

Posted on August 30, 2014 by dillonthedocentdog

Gosh, it has been a long time since I last posted anything. I think maybe I was suffering from carpal paw (more likely it was a creative block). Anyway, I am back now and will try to post on a regular basis again.

So much has happened since I last wrote. One neat thing is that I went on vacation and spent 3 weeks with my friend Jack and his family. Mom and Dad were going on vacation and they could not take me so they let me go on vacation too. I had a great time, I really enjoy Jack’s back yard a lot. There are so many things to smell and places to mark, it is really fun. The rest of the time I have been just hanging around, napping, eating, chasing birds, the sort of thing most of us dogs do.

I do not have a lot of news to share about events or whatever except don’t forget this weekend is Paul Bunyan days in Fort Bragg.

OK, thanks for reading my blog and sorry about not being around for so long.

Learn all about Seals from Experts at MacKerricher State Park starting on April 26, 2014

Posted on April 25, 2014 by dillonthedocentdog

Mother and her pup at MacKerricher State Park!

Wow, what a busy time here on the Mendocino Coast! Here is yet another event that will be taking place this weekend at MacKerricher State Park. As my regular readers know I love seals a lot. Dad and I have been on these walks and I really enjoyed them (mostly because his nose has a field day with all the smells in the air, it is fun for people too and very educational).

This is always a fun informative experience.

Save the Frogs Day on April 26/Fun Family Event in Little River!

Posted on April 24, 2014 by dillonthedocentdog

Me Hard at Work at the East House

Just learned about an event this weekend that sounds like it will be fun for the family and others too. To learn more just click here.

Learn all about frogs!

Photos of a New Baby Seal Born at Mackerricher – Wow!

Posted on April 22, 2014 by dillonthedocentdog

Me and Cadet my pet seal!

Our Friend David Alden took some amazing pics this past weekend of  a seal being born at MacKerricher State Park!

Cadet and I are so happy we can barely stand it.

This is so neat I don’t even have anything else to say except thanks again Dave!

Thanks for reading my blog,

Progressive Dinner to Support the Ford House in Mendocino

Posted on April 21, 2014 by dillonthedocentdog

Me and Laura relaxing in the Ford House

Here are the details:

If you want to go just click here and make your reservations now. Or you can call 707-937-5397 for more information and to make reservations. I cannot go but Dad and Mom will be there, hope you will too.

Thanks for reading my blog,

A Whale of a Good Time!

Posted on April 18, 2014 by dillonthedocentdog

Cadet and i taking a nap….

A couple of weeks ago volunteers from the Mendocino Area Parks Association and Point Cabrillo Light Keepers went on a whale watching boat – the Trek II. Here are some photos.

All photos courtesy of Valerie Marshall: 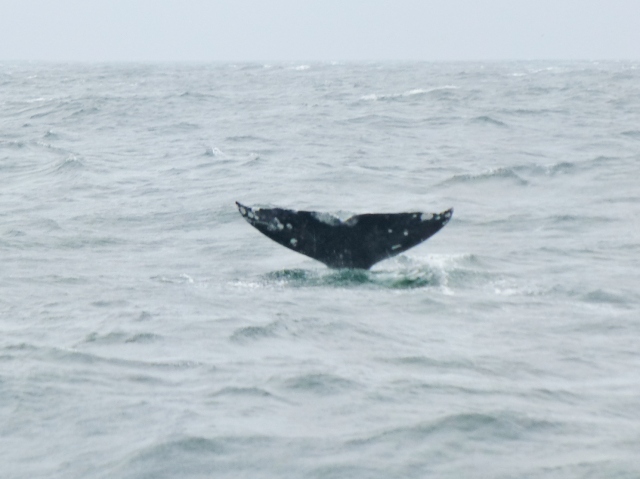 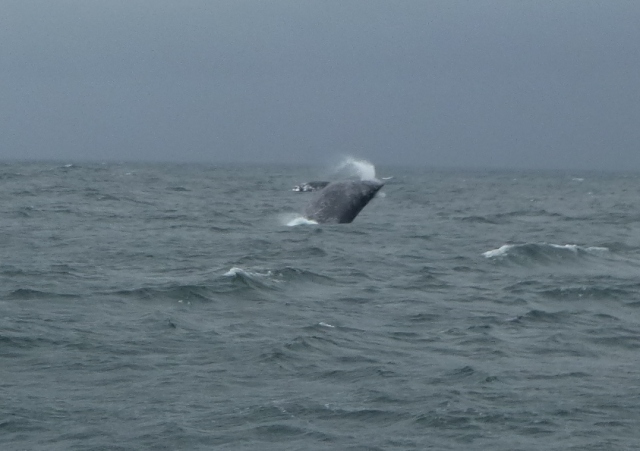 Looks like this whale is having a great time.

Wish I could have gone along

OK, that is all I have to say, just wanted to share the great pics from Valerie as I know many of you really enjoy seeing whales.